The Port of La Spezia, that is all the Gulf, is one of the more wonderful things that are in Italy… going back from Portovenere towards the bottom of the gulf, a gulf is found that the Chestnut is called; then one heads of earth, where there is a fort; then, a gulf, that it is the port of Varignano, wonderful… Chearles De Montesquieu (Travel in Italy 1728) Many poets and writers, in the course of the history, are remained bewitch to you from the beauty of the places and the atmospheres that the Gulf of La Spezia unavoidablly provokes. This is the reason for which it has been renamed the “Gulf of the Poets”: Dante, Byron, Montesquieu, Shelley, Wagner, Of Notice, Hemingway, Mounts them, Soldiers is only some of the masters who have left testimony of the fascination inspired from these territories. As in an embrace the Gulf is delimited from Portovenere and

Lerici, antichi dense villages of history and suggestion, today delicious their tourist goals that use however original carisma.
The vital relationship univoco and with the sea, the element emerges in every angle of the Gulf hinge nearly all the activities tied to the city and its outskirtses, from the tourism to the Military Arsenal, from the Mercantile Port to the “peasants of the sea”.

As in “affresco” that it reproduces scenes of daily life and last history, between ends and panoramas, antichi carrugi and modern public squares, the Gulf of the Poets represents one of the scenes that mainly deserve of being known and being preservato. Paintings, miniature, sculptures in bronze, silver, branch, ivory, wood, glasses, maioliche, objets of art of all the kinds, reperti archaeological collected with passion and acumen in the arc of average century from the naturalizzato pugliese manufacturer break.

The collection constitutes a unicum for the quality of pieces and the most fine ability of operated choice from the collector, stiff ability to constitute to the inside of the vastness of the sections, homogenous nuclei very defined and of rare thoroughness. The Civic Museum “Ubaldo Formentini” of La Spezia has been founded in 1873 around to a first nucleus of naturalistic collections donated from Cesar Podenzana (1840-1884), father of Giovanni Podenzana. With the encouragement and the aid of the geologist they break Giovanni Capellini, after hardly three months from the foundation, the Museum accommodated already, beyond to the zoologiche collections, also the reperti archaeological come in light during the diggings of the river basins and of giving itself some of the Military Arsenal, some geographic parchments, papers and regarding documents the history of the city.

Subsequently, in the years to horse of the two centuries, the searches had remarkable impulse top-paletnologiche on the territory, conduct from illustrious scientists between which the same Giovanni Capellini. The always increasing interest for the territory and its more ancient history carried to the most important archaeological discoveries: the Museum became rich, since the first decades of the 1900’s, the presence of the statues stele pertaining to the age of Copper and the age of the Iron. 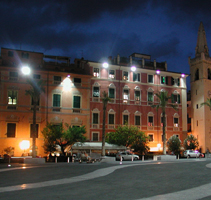 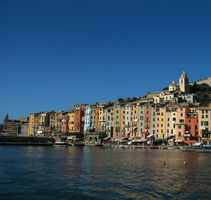 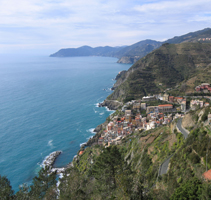 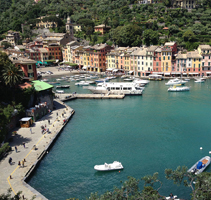